A look into our rich past.

What is now known as Associated Crafts® & Willet Hauser goes back to its roots in 1898 when William Willet and his wife Anne Lee founded The Willet Stained Glass and Decorating Co. in Pittsburgh, Pennsylvania. Shortly thereafter, the studio was relocated to Philadelphia.

William and Anne Lee Willet made their mark on the American stained glass stage when they won the International Competition for the Great Sanctuary window in the Cadet Chapel at the United States Military Academy in West Point, New York; it was the first of nearly two hundred windows the studio would create for the Academy over a sixty-five year period.

The Willet Studio creates the first example of the Willet Sculptured Gold window, a unique style of window “beautiful both day and night” under any light conditions, for Westwood United Methodist Church in Los Angeles, completed in 1951.

For the 1964 New York World’s Fair, the Studio designed and fabricated the panels for an entire nine-story building constructed of faceted glass.

In 2008 Associated Crafts® expanded their business to work directly with customers. The business enjoyed immediate success, attracting several key people adding even more value. Associated Crafts® gained an impeccable reputation becoming one of the largest stained glass studios. Their innovation growth and enthusiasm was attractive in particular to the Hauser family who wanted someone to continue their 100 year legacy.

In the fall of 2014 the Hausers decided to retire. Associated Crafts® then acquired Willet-Hauser Architectural Glass, bringing together two talented teams under one roof with renewed energy. This special union attracted even more talent from the industry. By 2018, Associated Crafts® & Willet Hauser had become one of America’s fastest growing companies.

Our windows today can be found in churches and historic buildings in all 50 states and 14 foreign countries. Among the thousands of Willet Hauser creations are windows in the National Cathedral and the National Presbyterian Church in Washington DC; St. John the Divine Cathedral and the chapel at the United Nations in New York; and Grace and St. Mary’s Cathedrals in San Francisco, CA. 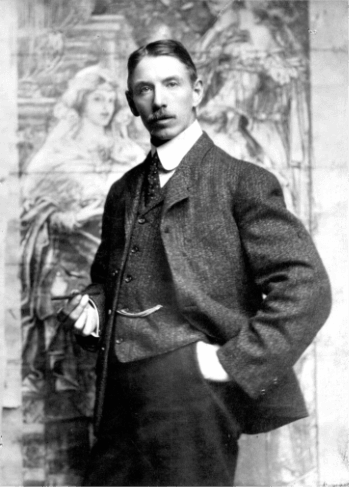 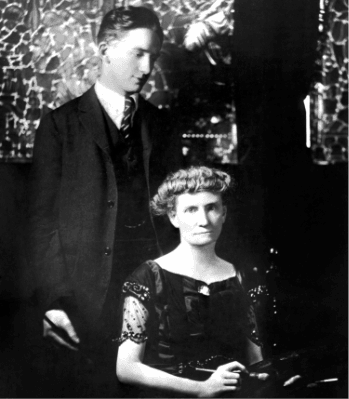 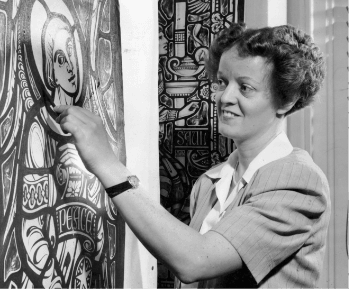 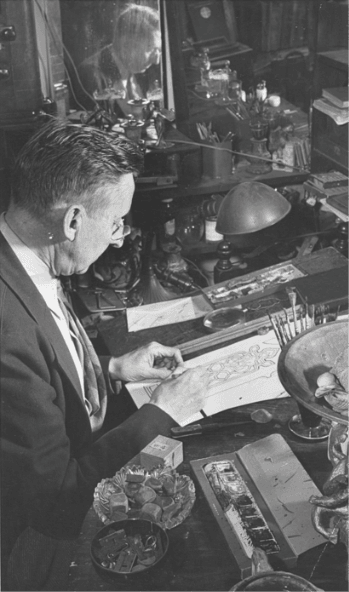 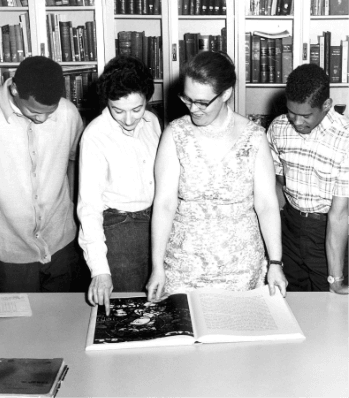 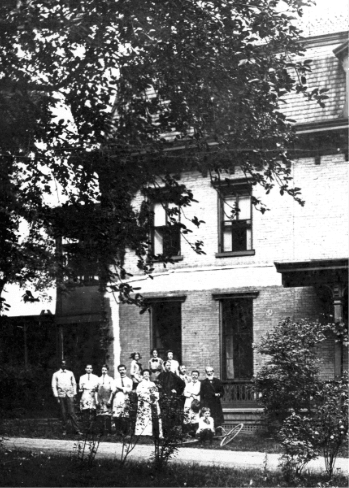 Three generations of Willets have devoted their lives to what we today recognize as Willet Hauser Architectural Glass®.

Studio founder William Willet was an American portrait painter, muralist, stained glass designer, studio owner and writer. An early proponent of the Gothic Revival and active in the Early School of American stained glass, he founded the Willet Stained Glass and Decorating Company – now Willet Hauser Architectural Glass® – with his wife and partner Anne Lee Willet. Before he began creating works in stained glass, William Willet was a portrait painter with a rather distinguished clientele. He painted portraits for President McKinley, John Jacob Astor, and many others. Willet was considered by many to be the foremost American stained glass designer at the time of his death in 1921.

After William’s untimely death his widow Anne assumed management of the studio, followed by their son Henry Lee in 1934. Henry favored the Gothic tradition, and inspired staff artists such as George Gugert and Marguerite Gaudin to produce its bold styling in intense hues. Under Henry’s guidance, the studio experimented with new techniques, and in the 1950s, was one of the first American studios to design and fabricate faceted glass windows. Willet Studio also developed the famous sculptured gold window technique and experimented with laminating stained glass, a technique known as Farbigem. Henry Lee Willet was an undeniably dynamic force in American stained glass until his death in 1983.

In 1965, Henry’s son E. Crosby Willet – who had worked at the studio since he was 14 years old – became the third generation President of Willet Studio. Under his leadership, Willet windows were created for many of the major churches and cathedrals in the United States including the National Cathedral in Washington, DC and the Cathedral of St. Mary of the Assumption in San Francisco.

E. Crosby Willet has a lengthy list of unique accomplishments and commendations from stained glass, architectural and artistic organizations. In 2009, on behalf of the Stained Glass Association of America, Mr. Willet received the Association’s Lifetime Achievement Award – celebrating his lifelong pursuit of excellence in the art and craft of stained glass.

The focus of the Hauser Art Glass corporation, since its founding in 1946 in Winona, Minnesota, has been the maintenance, protection, repair and restoration of existing stained glass windows.

During World War II, the stained glass windows in the United States were neglected as the metal and glass that would normally be used for their repair was rationed for the war effort. Recognizing an opportunity to aid many of the churches whose windows needed care, James E. Hauser founded the Hauser Art Glass Company.

James guided the company on a steady growth pattern, while the company continued to be dedicated to serving small, remote churches. Glass artists specializing in replicating different design styles joined the studio as the company’s projects became larger and more complex. In 1960, Hauser Art Glass began creating moderately priced windows for neighborhood churches as well as windows for hotels, restaurants, and private homes. Hauser Art Glass has aided over 10,000 churches in caring for their windows. In 1977, Willet Studio became a division of the Hauser Art Glass Company.

In 1994, James E. Hauser retired; however, the tradition of excellence continued with his two sons, James A. Hauser and Michael Hauser. The brothers led the company in developing new and innovative opportunities.

In 2005, the company changed its name to Willet Hauser Architectural Glass® to more accurately reflect the long-term direction of the business. And in 2014, it was purchased by Associated Crafts®.

In November of 1973, the Hausers hired John Phillips, Sr. as their new territorial studio consultant for the Pittsburgh area. John quickly learned the business and very successfully represented the studio in the western Pennsylvania region. For John it was a family affair, as he often took his young son along and taught him about stained glass. His son, John Jr., rarely left his father’s side as he learned the stained glass business. John Jr. eventually came to work for his father, and later consulted for other studios and performed contract work for Willet Hauser®. In 1997, he and his wife Mary started their own stained glass studio, Associated Crafts®, which quickly grew to become one of the largest and most respected restoration studios in the nation.

In the fall of 2013, the Hausers decided to retire, and they contacted John Jr. having known John Phillips Jr. since he was eight years old and having mentored him over the years and watched him grow in the industry, he fit the criteria.

Along with John and Mary, longtime friend and colleague Robert Bohannon and his wife Diane also invested in the future of Willet Hauser Architectural Glass® Inc. Robert has a rich background in stained glass and operations management. He currently serves as the Vice President of Production at Associated Crafts® and has overseen operations there since 2004. From 1982 to 1994, Robert was founder and owner of Bohannon Construction before he decided to open his own repair and restoration stained glass studio, Alpha 1. He continued with Alpha 1 for 11 years before joining the Associated Crafts® and the Willet Hauser® family.

Meet the people behind the glass 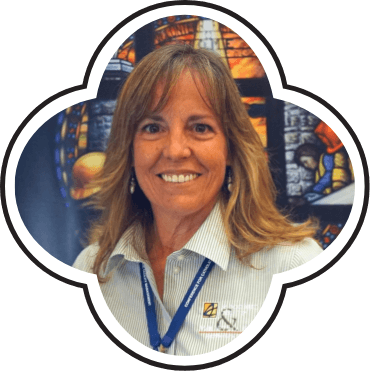 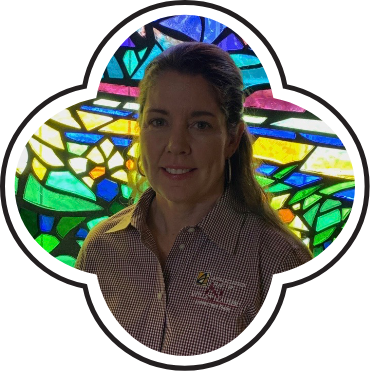 Some of the situations that you can get reports, reports that contain a good deal of information, reports which contain statistics, and reports which essay writing website have charts.

Get Your Free Window Inspection